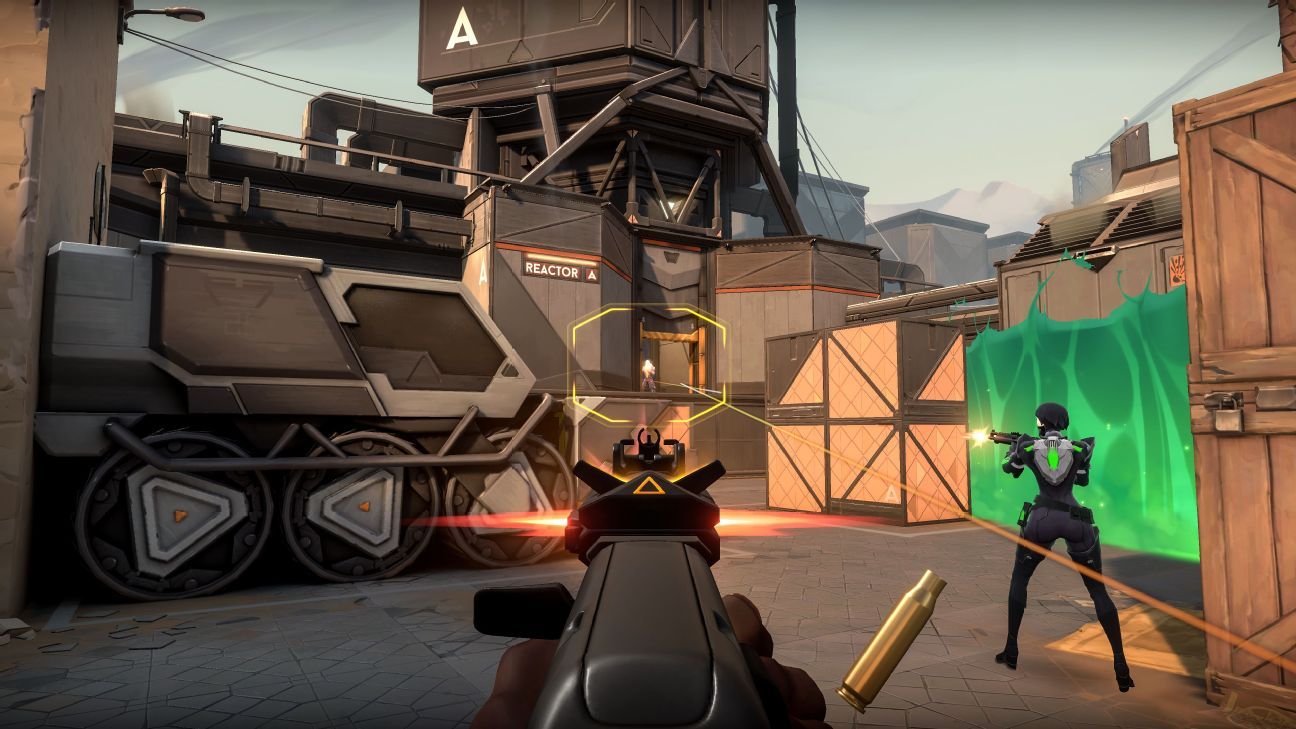 How to get a Valorant Account or, Valorant Points and Radianite for FREE (PROMOTION JUST FOR YOU)?

The VALORANT bootcamp shed light on a lot of things about Riot Games’ new first-person shooter. It seemed like everyone who participated in the weekend test of the game held a shared enthusiasm before and during the playtime that escalated to extreme levels only once the servers finally shut down.

As with an overwhelming majority of the bootcampers, my first impressions were unequivocally positive. The gameplay, map design, sound, characters … it all felt, looked and sounded polished. Coming out of the event, I had a few lasting impressions.

This is not Overwatch — at all

When VALORANT was first announced, the gameplay showed a tactical 5-on-5 FPS with characters and abilities. The comparisons came out of Counter-Strike meets Overwatch almost instantly.

I’m here to tell you this is nothing like Overwatch. At all.

Yes, there are diverse characters with voice lines. Yes, they have abilities.

And that’s where that comparison ends. Overwatch has more in common with Quake Champions and Paladins than VALORANT does to any of those games. In fact, VALORANT is more of a mix of CS:GO and Rainbow 6 Siege.

The abilities in VALORANT are largely tactical in nature, and the ones that do damage make sense (like the molotov-style incendiary grenade from Brimstone or kunai ultimate from Jett). These abilities must be purchased in the store, and your ultimate must be earned, and even then you’ll only be using it a few times per game. Additionally, you aren’t pulling out an ability mid-fight (unless you’re Jett with a dash). They need to be thoughtfully used in advance.

The biggest difference between VALORANT’s abilities and other character shooters is that you could go an entire game without using a single one of them and be just fine. Would you be at a disadvantage? Of course, but it’s near negligible. Map knowledge, collecting tactical data and how good you are with your weapon is far more of a determining factor in who wins than who can drop a smoke better.

The skill ceiling is incredibly high

Much like Counter-Strike, you need to be hyperaware of the lethality in this game. Death can come in an instant, leaving your team at a disadvantage, and learning the limitations of your chosen weapon is paramount to clutching a round.

That’s the obvious stuff, though. The part that really makes a difference is what each character can bring to a game. Even with only two maps and nine characters, the amount of angles, peeks and strategies that came out of the bootcamp weekend was nothing short of abundant. Every character adds something new to think about in a team composition. Is there a Sage on the field? Expect walls to be put up that try to funnel you in new directions. Cypher is on the enemy team? Be careful when you flank because he’ll set up traps to slow you down. Jett can get onto boxes others can’t, and Brimstone might smoke out a whole site for a rush … or a ruse.

Every match, every new character, and every new map will introduce something different. Even during the bootcamp no round was exactly the same, making this probably the most difficult FPS to master — ever.

The game could launch now

As stated, the bootcamp had two maps (a two-point and three-point map) and nine characters. Also stated, the game is extremely polished, and if it launched today no one would complain.

Forget cosmetics. Forget battle passes. Forget everything that other games rely on to get you to keep coming back. The gameplay loop is so solid, so satisfying, and so addicting that even with two maps and nine characters, I would be playing this game almost exclusively. Every round is fast-evolving and offers a unique experience based on your chosen weapon, abilities bought, and used against you.

It looks crisp. It sounds slick. It’s dripping with character. It plays smoothly.

Any cookies that may not be particularly necessary for the website to function and is used specifically to collect user personal data via analytics, ads, other embedded contents are termed as non-necessary cookies. It is mandatory to procure user consent prior to running these cookies on your website.